The President of the ALABC, Pat Moseley looks back at how the organisation came into being and looks ahead on the promise to come. 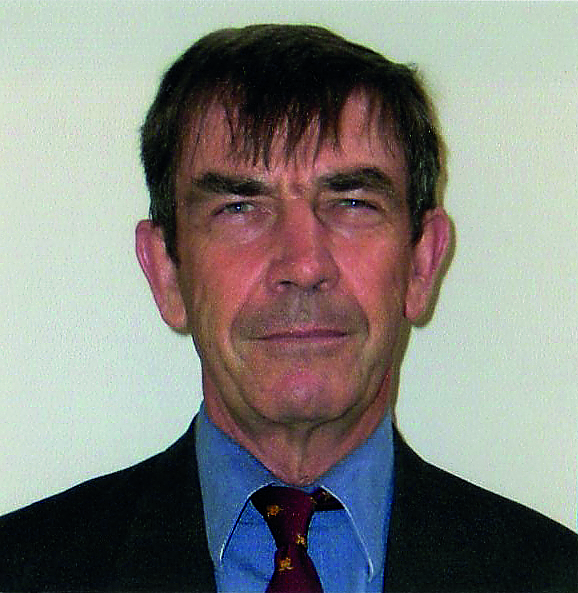 Initial encounters with the existence of the Advanced Lead–Acid Battery Consortium (ALABC) often lead to questions about how such a consortium is able to operate successfully; how such a disparate group of companies is able to share common interest and to work together in a cooperative R&D programme.

There is more than one answer to such questions. First, the membership of ALABC includes lead producers, other materials suppliers, and most of the major lead–acid battery manufacturers, and serves the interests of large end-users such as the automotive industry. So the group is vertically integrated with the different sectors dependent on one another. A second important factor is that companies that are competitors in the market place find their best interests served by collaborating at a time when there is a major threat from outside— in this case the rise of investment in battery systems based on alternative chemistries.

This competitive threat to the lead–acid battery industry first appeared on the scene at the time of the initial California Air Resources Board (CARB) mandates and the sequence of events at that time (1992) led to the formation of the ALABC. The US DOE and the three major US car manufacturers had, together, formed the US Advanced Battery Consortium (USABC) to research battery technologies for electric vehicles (EVs) to meet the demands of the CARB mandates and had specifically excluded lead–acid technology from their portfolio of projects. Major lead-producing companies believed that lead–acid battery technology could be made to cope with EV duty and would always meet cost targets that other chemistries could not, so they, together with a number of lead–acid battery manufacturers, and with leadership from ILZRO, formed the ALABC.

The mission of the ALABC then was to enable valve-regulated lead–acid (VRLA) batteries to deep discharge many hundred times without failure and to be able to recharge rapidly. These targets were met and when the General Motors EV1 was eventually launched it was offered with the option of either a nickel metal hydride (NiMH) or a lead–acid battery. The former provided a longer driving range between recharges but was considerably more expensive. In the event the EV failed to attract buyers in any significant numbers and the CARB mandates were progressively diluted until they were quite unrecognisable.

The failure of the EV market to materialise coincided with the unexpected success of the hybrid electric vehicle (HEV) in the forms of the Honda Insight and the Toyota Prius. The latter particularly surprised pundits by rapidly penetrating the new car market. This new and successful branch of automotive sales was launched with NiMH batteries because of the very unusual manner in which the vehicles made use of the batteries – from a partial state-of-charge base and absorbing many very brief but very high power charging events.

Clearly there was a new challenge to the lead–acid battery (LAB) industry and ALABC set out to discover why existing forms of LAB were unable to cope with the duty imposed on them by HEVs, and to remedy the situation. The re-direction of the mission statement of ALABC from a focus on EVs to a focus on HEVs was recognised as being sound and the numbers of members of ALABC continued to grow even though several of the original members had disappeared as a result of acquisitions (Varta, Optima, Hawker etc.).

A third reason why the collaboration between the members of ALABC has been successful is that it has, to a large degree, avoided duplication of fundamental R&D effort. The programme to develop the use of lead–acid in the high rate partial state-of-charge (HRPSoC) environment that operates in HEVs quickly established that the failure mode for normal lead–acid batteries was a rapid accumulation of lead sulphate on the negative plate. The work then moved on to lay bare the causes of this phenomenon and revealed straightforward, low-cost means of overcoming it. From an industry-wide point of view it was far more efficient for these developments to have been made in one central programme rather than for each battery company to have had to carry out the same programme for itself alone.

The one contractor to ALABC which has carried out perhaps more projects over the years than any other has been the CSIRO laboratory in Melbourne. Not only have the results of those projects been valuable but the continued sponsoring of work with that team enabled the group there to think about the challenges of lead–acid in their own time as well during periods of contract work. A ‘spin-off’ then of the work sponsored at CSIRO has been the introduction by the team there of two very important extra means of enabling lead–acid chemistry to cope with HRPSoC operation. The first has been the use of a second current-take-off tab, symmetrically placed opposite the normal one, on each of the battery plate grids. This equips the plate with the facility effectively to double its high-rate charge acceptance. The second idea has been the introduction of the UltraBattery in which the negative plate is a composite – partly conventional sponge lead active material and partly a carbon layer acting as a capacitive element.

The programme of work to show that lead–acid batteries are capable of performing the function that is required in HEVs has clearly been successful but, even though a lead–acid solution represents a considerable cost saving in comparison with the NiMH incumbent, it is clear that laboratory proof is not enough to convince car companies that are already tooled-up to use the more expensive battery. The ALABC has therefore undertaken an ongoing series of demonstrations of the performance of several purpose-designed forms of lead–acid battery, usually with added carbon on the negative plate and therefore labelled as LC (Lead/Carbon) batteries:

First came a Mark 1 Honda Insight in which the original 144 V NiMH battery was replaced by a 144 V battery of spiral lead–acid cells each with the twin-tab grid design that was mentioned above. This test, with a very early prototype battery completed 50 000 road miles (see figure 1). 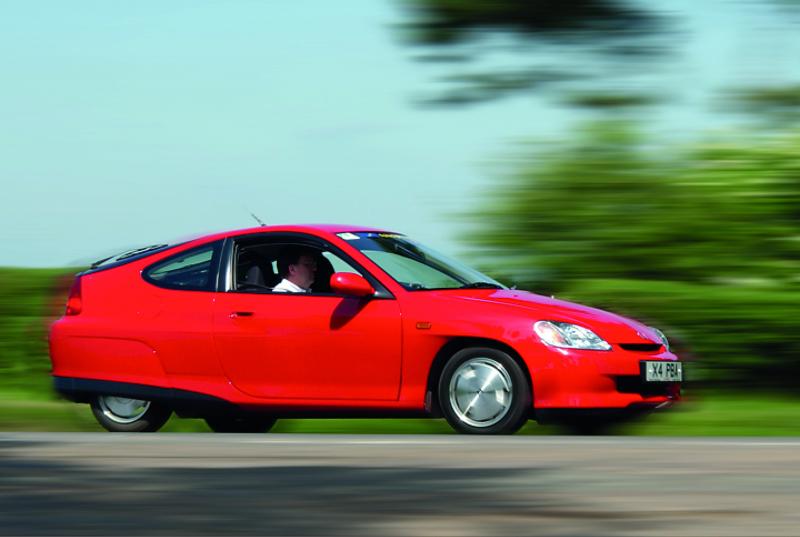 Figure 1 Mark 1 Honda Insight in which the original 144 V NiMH battery was replaced by a 144 V battery of spiral-wound lead–acid cells with twin tab plate grids. The vehicle, with a very early prototype battery of this type, completed 50 000 miles in a road test.

Next, a second vehicle of the same design had the NiMH battery replaced by a similar voltage battery comprised of twelve 12 V UltraBattery units. This vehicle completed 100 000 miles in the road test and the battery was still fully functional at the end (Figure 2). An enormous bonus result in this test was that the individual 12 V units, which normally need to be kept matched with each other by a battery management system, remained in perfect balance without any such management. The financial advantage of lead–acid over NiMH in HEV operation can thus be supplemented since the cost, weight and volume of the battery management system can be avoided in the Ultra battery case. 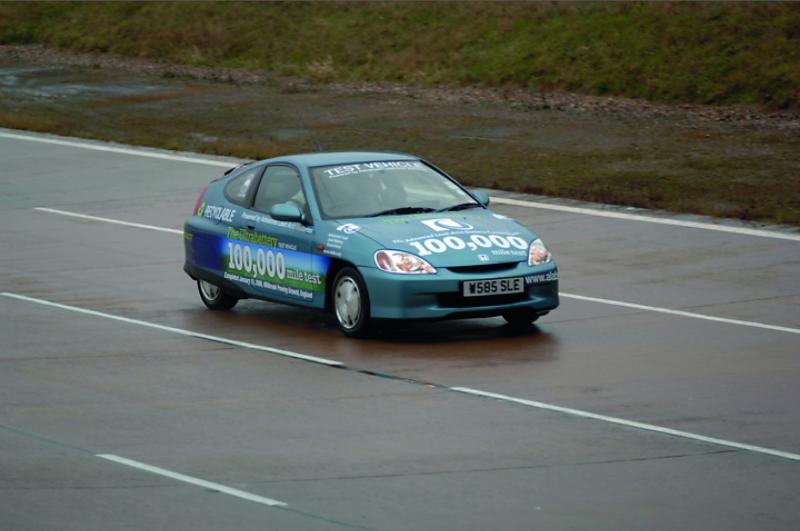 Figure 2 Mark 1 Honda Insight in which the original battery was replaced by a battery of twelve 12 V UltraBattery mono-blocks (144 V in total). After completing a 100 000-mile road test the battery was still fully functional and the twelve mono-blocks were all perfectly balanced.

The demonstration programme then moved to examples of larger cars. The Ultra Battery has replaced the NiMH original battery in a Honda Civic and is now undergoing road test in Phoenix Arizona (Figure 3). Laboratory tests of the Ultra battery against the duty cycle required for the Civic showed the battery completing the equivalent of 160 000 miles. Another Civic was equipped with a bipolar battery supplied by Effpower from Sweden and this, too, ran successfully in a road test. 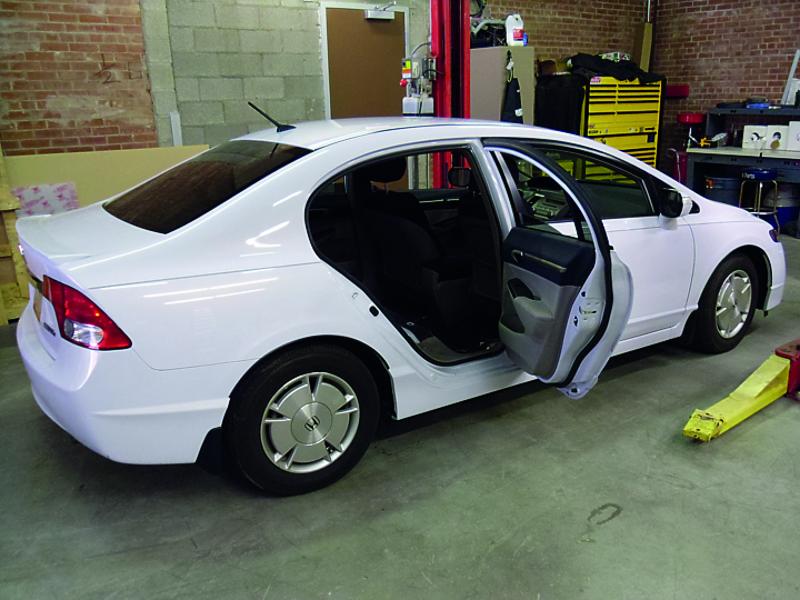 Figure 3 Honda Civic IMA in which the oem NiMH battery has been replaced by an UltraBattery. The battery is performing well and the vehicle is on road evaluation.

All of the above demonstrations were with medium hybrid vehicles offering healthy fuel savings of perhaps 20% compared with the non-hybrid equivalent model but they deploy relatively high voltage batteries.

The sector of the automotive market that is selling best in addressing fuel and emissions savings, however, is the so-called micro-hybrid sector. Micro-hybrids still operate with 12 V batteries but achieve some fuel and emissions savings by operating the ‘stop/start’ system. Vehicles of this sort all make use of lead–acid batteries and offer fuel economies of up to 6% with minimal additional vehicle cost. If the stop/start function is supplemented with a capability to make use of regenerative braking energy then the energy savings can be as much as 12%. The regenerative braking process, however, is tough on the battery and there is considerable effort devoted to ensuring that VRLA batteries can cope with this function too.

Currently ALABC is involved with exploring the possibility of extending the extent of fuel- (and emissions-) savings that are achievable with a low-voltage (and therefore lowest cost) hybrid. This effort is focused on a form of micro-hybrid that adds to the stop/start and regenerative braking benefits a further saving by reducing the size of the internal combustion engine in the vehicle and making good the consequent power loss by introducing an electric supercharger. The result is a so-called ‘Super micro-hybrid’ that has total fuel and emissions savings of over 20%, thus matching the economies that are achieved by a full hybrid, but doing so without resorting to a high-voltage battery and at a fraction of the cost.

The test vehicle for this project (Figure 4) is a VW Passat and at the time of writing this is undergoing performance evaluation. The vehicle still has a 12 V battery and thus attracts low cost and good electrical safety. 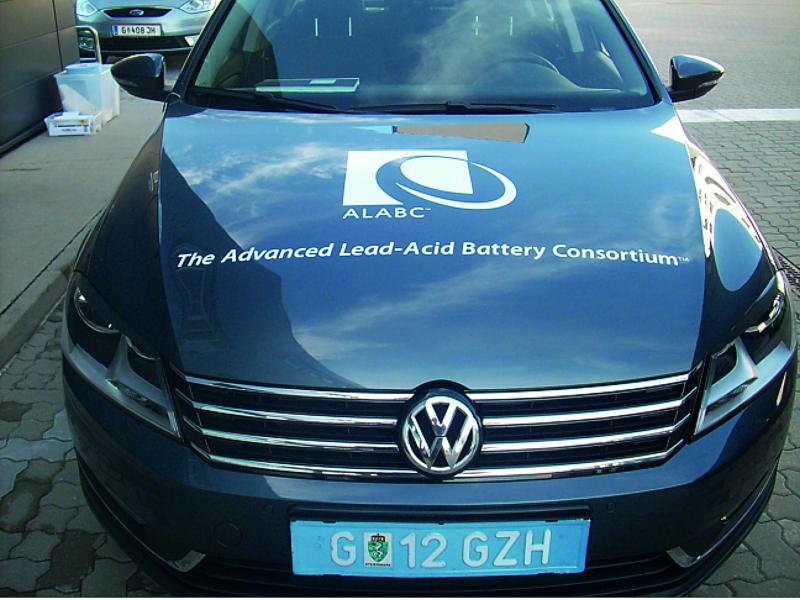 Figure 4 VW Passat modified to achieve stop/start operation, regenerative braking and with an electric supercharger to compensate for the downsizing of the engine in pursuit of additional fuel economies. Total fuel economy is expected to be more than 20% as compared with a conventional vehicle of equivalent size.

Building on the ‘Super micro-hybrid’ concept, the ALABC has now commissioned a study to explore the possibility of an affordable family car that could offer a fuel economy of 100 miles per gallon.

More details of the ALABC demonstration vehicle programme are given in the article by Allan Cooper elsewhere in this issue.

The extensive development of variants of lead–acid battery that can cope with HRPSoC operation has beneficial spin-off for applications in the storage of renewable energy because batteries to store energy from both wind and solar must stand for long periods of time at partial state-of-charge and must sometimes be capable of accepting charge at high rates.

The vision of the companies that have shared membership of ALABC has been rewarded by an ongoing series of technical developments that should ensure that the lead–acid battery industry will remain a reliable and universally deployed source of energy storage for a very long time to come.