Let someone else worry

Back up is one thing. Knowing your back up is healthy is another. Gerry Woolf takes a look at some of the companies and their technologies that keep a check on battery performance. 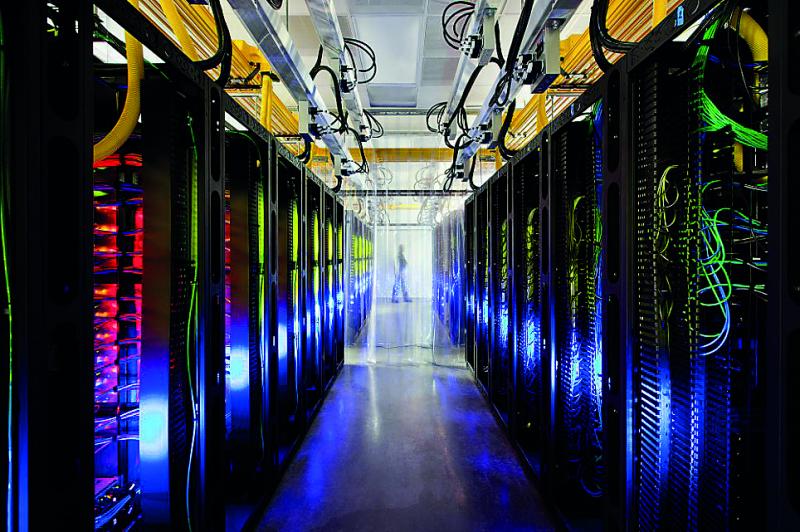 It’s a good time to be in data centres. Last year, according to Rich Miller, Editor of Data Centre Knowledge, there was a huge growth in data centre activity, with 92% of IT decision makers at large companies reporting they would “definitely or probably” expand their data centre footprint in 2012.

According to Pike Research, the data centre market will grow by 28% each year for the next four years, growing to US$45billion by 2016. This author is not surprised: the growth of cloud computing-— and governments and marketing companies determined to track your every e-mail, tweet and website visit— means an exponential growth in data centre servers. And, though not the focus of this article, cell towers for wireless providers will also offer a growing marketing opportunity for battery makers and battery monitors. Several years ago, the U.S.’s Federal Communications Commission (FCC) imposed rules requiring that any wireless company applying for “Eligible Telecommunications Company (ETC)” status must “demonstrate its ability to remain functional in emergency situations.” Sounds like a mandate for back-up batteries and effective monitoring!

Data centres gobble up electricity and as we all know, grid electricity is inherently unreliable. It was ironic that the Intelec 2012 keynote speaker was General Russel Honore— “the soldier who ‘saved New Orleans” after Hurricane Katrina. “Are you prepared?” he asked an audience of telecom engineers in Phoenix, while pointing out the at-risk cities on the U.S.’s Atlantic coast— Sandy was a little over a month away.

All of this is good news if you’re selling the Boy Scout’s message to be prepared. Data centres are crammed with back-up power technology in the form of UPS and standby generators— and that’s good news for the battery industry. But it’s even better news for those who monitor the health of batteries.

The vast majority of standby batteries employed in back up power are still valve-regulated lead-acid designs. While they are inherently better made than the offerings of a decade ago (remember those Battcon meetings?) there’s still a very reasonable chance that they will fail in service, negating the investment and trashing the whole concept of keeping data backed up.

As much as 75% of UPS failures are due to batteries and 5% of batteries fail within their warranty periods claim Cellwatch, one of the earlier vendors of cell monitoring kit. With literally millions of cells in service in hundreds of thousands of battery strings all over the world, the IT industry has created a maintenance and monitoring nightmare for itself.

Fortunately, a number of solutions have emerged to make the problem manageable— it can never be truly solved. This article looks at a few of the systems that have emerged and how thinking about system reliability has changed.

The inspiration for this article came from a chance discussion with Bart Cotton, founder (now retired) of Intellibat and the 2012 Intelec meeting, where he described himself as the “Chief Battery Prognosticator”. Though Intellibat was by no means the first company to develop remote battery monitoring. However, Cotton was one of a number of gentlemen who got the concept of using ‘ohmic methods’ as a diagnostic tool for VRLA battery health checks. No longer is the approach received from the point of technical skepticism; instead it has become an industry best practice in data centre operation.

It’s now well accepted that lead‑acid batteries age and their shelf life can be determined by a rise in battery internal resistance. This rise can be measured in a variety of ways, and knowing when to act can mean the difference between saving and spending money.

Cotton has been able to demonstrate that a marked acceleration in battery internal resistance flags up at the time a battery cell is likely to fail. He goes further to suggest that particular battery types will have a “fingerprint” of internal resistance values— although he hasn’t yet done all the mathematical modelling to verify this.

OK, we know monitoring is possible; but is it necessary?

In the dark days of the late 1990s when premature VRLA failure was a very serious issue for telecom operators and battery vendors alike, there was considerable rivalry among vendors of portable battery monitoring test equipment. The big question was: which method of determining a battery ohmic value was better— resistance, impedance or conductance? (There was even one vendor that offered AC impedance spectroscopy in a hand held unit.) Eventually, a consensus developed that perhaps the method didn’t matter that much, as long as the test was performed in exactly the same way; the argument being that uniformity of method irons out anomalies. 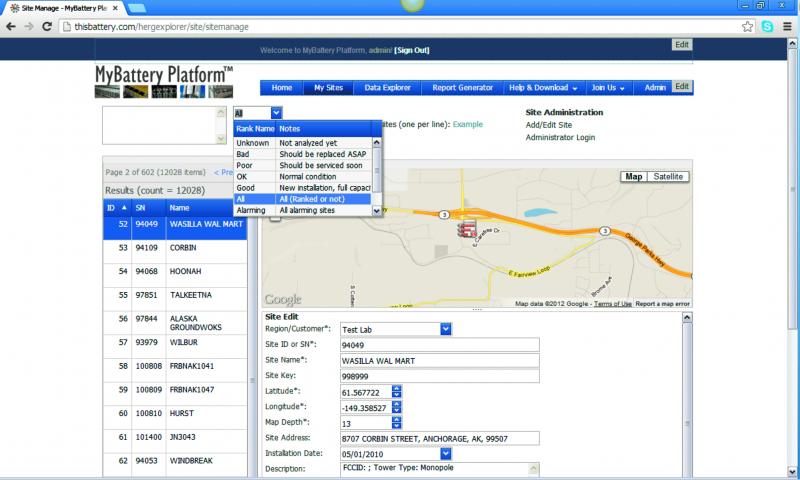 In 2002, the Electrical Power Research Institute (EPRI) weighed-in on the topic and published a report stating unequivocally that conductance, internal resistance and impedance are linearly correlated to each other across a wide range of battery capacities. The report was a result of two years of research.

Following this, the IEEE standardised the terms “ohmic measurement and ohmic value” in their draft standard on the subject, defining it as any of the three expressions: conductance, internal resistance and impedance, which are all basically the same measurement in the battery.

Another way of ironing out anomalies is eliminating the human operator and his hand-held test instrument. Falling costs of IT, the spread of the Internet, the massive growth in the number of battery strings in service in both data centres and telecom installations, means that automated and remote monitoring became the only practical way forward.

Today, there are more than half a dozen systems to choose from. Not only has the technology become an asset manager, it’s a maintenance scheduler and a stick with which to beat a battery vendor, should a warranty claim arise.

And the technology has gone from being seen as an unnecessary add-on to Best Practice. Today, you probably couldn’t get funding to build a data centre unless your installation included battery monitoring.

Each of the systems offered today can remotely monitor VRLA monobloc voltage, temperature (to see if the cells are moving towards thermal runaway) and “ohmic value”— all the parameters you need to determine the state of health of your lead-acid batteries. 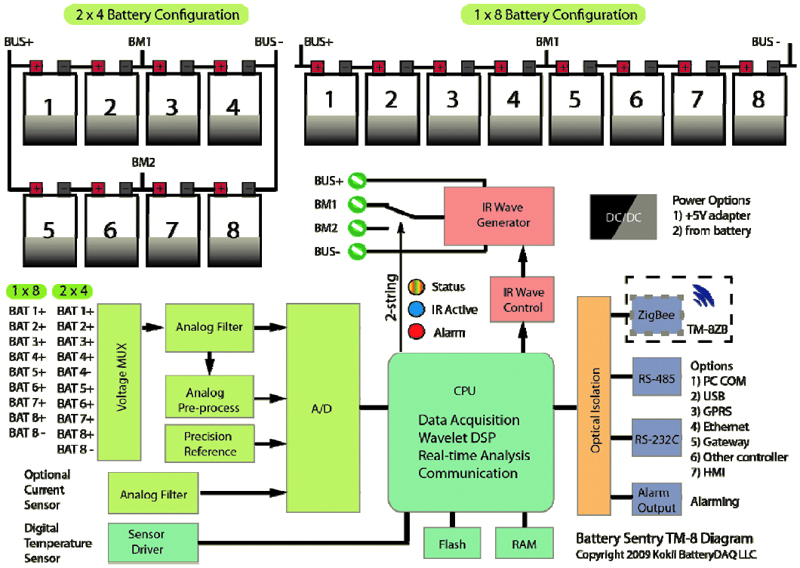 Almost all offer considerable data crunching power so you can determine which cells are close to death, which ones will be soon and which ones are OK for now.

The variables of course are cost, ease of installation of the monitoring units (if it’s a retrofit), how the data is gathered and disseminated, and how the data is presented.

One of the more recent entrants to the field is BatteryDAQ. As Mike Bagliani, Director of Sales, expressed to me at Intellec, “We’ve incorporated our 20 years of battery monitoring experience into a streamlined series of monitors so we can inform our customers on a 24/7 basis at a price point that was historically never available. And, battery health around the globe can be instantly checked using any device with web access. Providing information that is comprehensive and timely is critical, but it must also be presented in a way that is clear, intuitive, and easily organised. We believe our hardware and software solutions do just that.”

Every organisation has some kind of data network, but interfacing with an existing network and asking it to perform some new functions is never easy. BatteryDAQ monitors, which can be used on high voltage UPS systems or relatively low voltage telecom sites can route their data through the GSM network, requiring no complicated IT solutions. 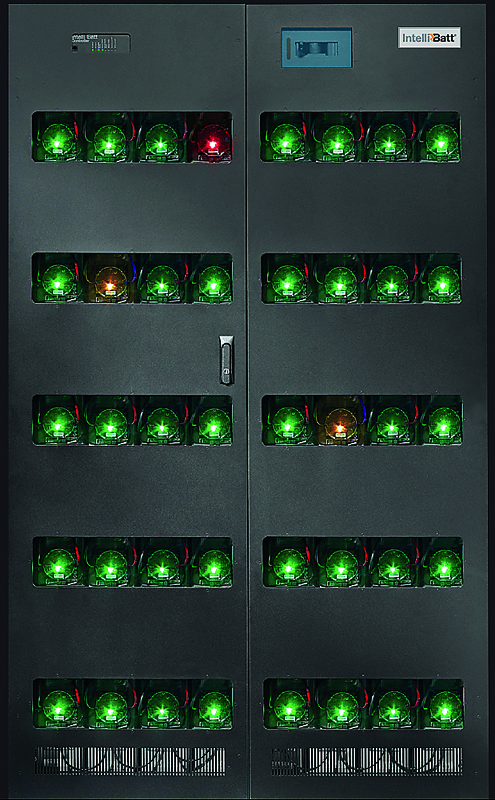 Data gathering on customers’ batteries is handled by BatteryDAQ’s own servers (MyBattery Platform), which have capacity for over a million remote sites. Complete battery information is gathered and analysed every day and presented to customers as they choose to receive it, across the web. This trending enables end-users to proactively maintain their installation’s readiness and makes scheduled maintenance a targeted, strategic process. Individual sites can even be prioritised as may be necessary during geographic outages.

In essence, it analyses remote data for problem conditions, ranks them for service and schedules maintenance.

But as Bruce Fountain, a stalwart of the telecom community, pointed out in a paper given at Intelec some years ago, automated monitoring is no substitute for hands-on maintenance. No remote monitor can pick up leaking cells, and corroding or loose connections. It certainly can’t tighten connections or spot ground fault problems. These issues require an expensive (i.e. trained) technician. Fortunately, though today’s monitors cannot describe the physical appearance of a problem, they do capture and report the affected measurements that the conditions may cause, allowing for an immediate and informed decision by the end user.

Intellibat’s most recently developed system assumes there are still technicians out there.

When a technician goes to service a battery bank equipped with its monitoring system, he is faced with an array of coloured lights on each cell monitored. Green is good, yellow flags up the battery is “trending”— beginning to show problems— while red means a cell needs to be replaced. Each cell monitor is daisy chained to a data gathering module and the information sent back to Intellibat’s headquarters where the data is stored and analysed.

And again, it’s software and customer service which are the company’s selling points.

Intellibat not only provides the hardware to measure voltage, ohmic value and temperature but offers its data crunching ability and takes a view on batteries that are beginning to show their age— should you replace right now, or can you push your luck a little longer? The data crunching is carried out using IntelliBatt’s cloud-based monitoring platform in their Customer Response Centre, Similar to BatteryDAQ, it provides web-based information to customers. Both companies also offer monitoring block or ‘nodes’ to measure AC ripple current and voltage, which can rise as the result of a rectifier problem and can be damaging to batteries. Intellibat’s system also measures temperature at the negative battery post.

Since everyone is offering some kind of monitoring block, today’s battery monitoring companies are distinguishing themselves through their data crunching for large organisations; accurate, informative alarms; and service scheduling capabilities. If you already have an installation of cell monitors from the likes of Alber, BTECH, Cellwatch, PowerShield or APC, both Intellibat and BatteryDAQ can integrate them into one of their monitoring solutions.

A decade ago Bruce Fountain was sceptical that the automated monitoring systems available at the time could be justified. A combination of monitoring and maintenance would be needed, and the cost would be very high. But since then, we have seen another .com boom, a data centre surge, and back-up power mandates for cell service providers. Until telecom and data centre operators move to a more advanced battery technology which is cheaper and more reliable than lead-acid, remote monitoring of lead-acid batteries is an effective– and essential— way to address the challenges the aging technology presents.