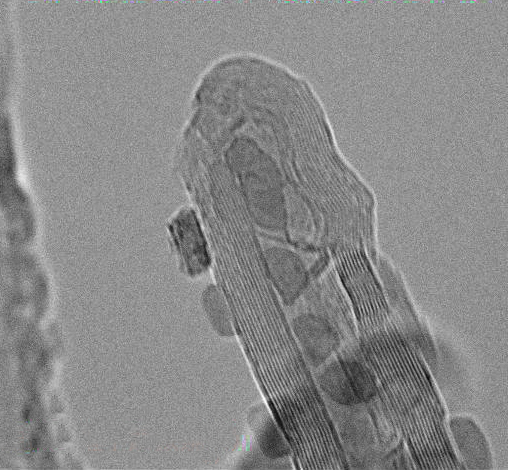 ECCAP is the electrochemical capacitor symposium that precedes and accompanies the Advanced Automotive battery meeting, held earlier this year in Long Beach California. With three sessions in parallel with the lithium-ion battery symposium, there was head-to-head competition for attendance between the two technologies, located in adjacent rooms. Attendees circulated constantly between the two rooms. Speakers included academics, industrial users, and manufacturers, as well as even system integrators of the new electric hybrid trains. The talks were almost without exception highly innovative, especially compared to those at conferences on very mature technologies, where changes from one year to the next are more likely measured in percent or costs of attendance.

Professor Katsuhiko Naoi of Tokyo University of Agriculture & Technology headlined the first session with the announcement that his lab and Nippon Chemi-Con Corporation are now working together to commercialize lithium ion capacitor technology. While there had been a press release in Japan in March about this venture the news had not yet become very widely disseminated. 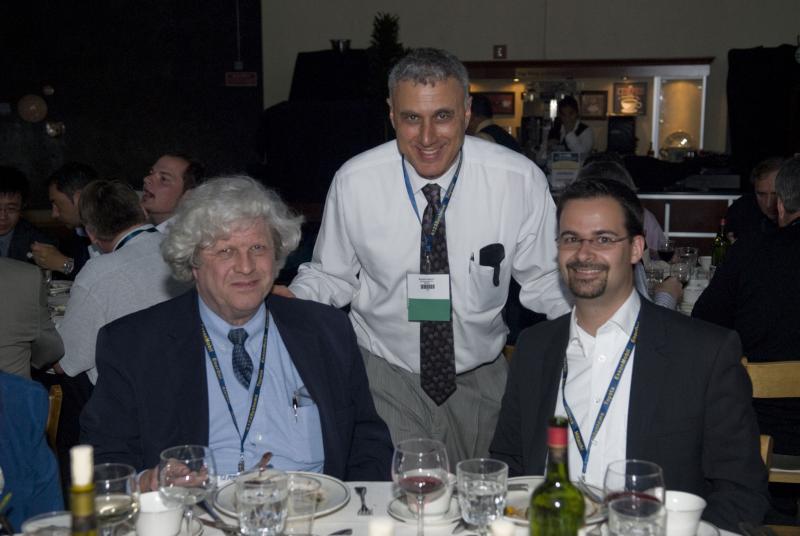 Prof. Naoi’s talk focused on the voltage limitations of symmetric electrochemical capacitors, looking at the gases created from each electrode, the voltages at which that occurred, and the species of generated gases themselves. The last part of his talk served to announce at the meeting, almost casually, a very interesting new technology he had himself named the “nanohybrid” capacitor. A nanohybrid is an asymmetric electrochemical capacitor with one electrode of lithium titanate, L4Ti5O12. Rather than employ this material in its more ordinary bulk form, Prof. Naoi created a nanostructured L4Ti5O12 that is actually incorporated into carbon nanotubes, a technique he had earlier developed using the more tractable but commercially impractical ruthenium oxide.

Such a dispersal of active material into high electronic conductivity nanotubes allows it to be exceptionally well utilized. He reported 20 Wh/L or about 17 Wh/kg, approximately three times higher than state-of-the art components available today, effectively tripling the energy density of an electrochemical capacitor. This configuration also ensures that the device will have good time response, since solid-state diffusion through the nano-particles makes the distances involved so short that charge and discharge can occur rapidly. Still better, because of the materials used in this design, gas generation at high voltages does not occur like observed during operation of symmetric electrochemical capacitors at similar operating voltages. Over and above this, Prof. Naoi’s “nanohybrid” development circumvents the need to preload lithium— the lithium capacitor under development by Subaru/Fuji Heavy Industries cannot begin to operate properly unless it is precharged with lithium.

From nano-materials and other fundamental work on electrode materials, the meeting moved to cell-level talks by researchers and capacitor manufacturers. Jeffrey Long from the U.S. Naval Research Laboratory gave a thorough and interesting presentation about asymmetric electrochemical capacitors using MnO2 for the positive electrode. Interest in this technology continues to increase because of its low-cost, low-toxicity components and its use of aqueous electrolyte at near neutral pH. Over and above this, the MnO2 aqueous electrolyte devices operate at 2 V! This is not yet a dream come true for electrochemical capacitor users, however, because MnO2 suffers poor capacitance utilization unless the electrode is very thin. Researchers are working apace to develop nanostructured electrodes that will deliver the right mix of high energy and power density at the same low cost.

Jeff Gondor, Ahmad Pesaran, and Jason Lustbader from the National Renewable Energy Laboratory (NREL), with Harshad Tataria from General Motors Corporation, presented perhaps the most surprising paper, “Fuel Economy and Performance of Mild Hybrids with Ultracapacitors: Simulations and Vehicle Test Results”. At the outset the paper showed, to the casual but cynical observer, all the marks of a complete waste of time. The “experiment”, after all, involved nothing more sophisticated than a mild hybrid automobile, the Saturn Vue Hybrid, a vehicle that doesn’t idle and uses a storage system to capture regenerative energy used only for starting the engine and getting the car off the starting line.

The Saturn Vue Hybrid uses a NiMH battery. It is thus something between a start/stop vehicle and a full hybrid like the Toyota Prius, which can run on full electric.

In the experiment the battery system was simply removed and replaced with a capacitor system, no optimization being made. One would have expected that since the capacitor would, of course, have much less energy than the battery, some power electronics would be added to compensate for the sloping discharge of the capacitors. But this was not done. The effective energy on the capacitors they were using was approximately 20 Wh of storage, very much smaller than the stock battery system normally used.

A battery system, a capacitor system comprised of a single module, and another capacitor system comprised of two such modules, were installed so that by means of switches they could immediately go from testing the battery system to that of either of the two different levels of capacitors. The bottom line of the results was, surprisingly, that in the tests the capacitors performed equally to or better than the stock battery.

They had changed no algorithms for using capacitors, and the capacitor systems were in fact much smaller than the battery system.

Despite the fact that prima facie the experiment looked naïve and poorly designed, it gradually became apparent to this reviewer that in the most practical terms the effects of the substitutions were very telling. The beauty of it was that it so simple to interpret: that a much smaller capacitor storage system actually performed as well as or even better than a battery one. Because it is the power performance of the storage system that really counts, a much smaller capacitor system can indeed equal or outperform a much larger battery system.

The next step up in the process, of course, would be to optimise the control system for the capacitors, using the right control algorithm to allow them to vary more in voltage than allowed for in such a simple substitution experiment.

This could not help but produce much better results, results that would certainly exceed the capabilities of a battery system.

Disbelief among the audience at the beginning of the paper gradually yielded at the end to wonder that one technology could be so successfully substituted for the other in the face of overwhelming prejudice against the possibility or suitability of such a substitution.

After all, batteries generally have flat voltage, and capacitors don’t deliver any energy at all unless their voltage changes. But even in a non-optimum situation a single capacitor module did an excellent job, in terms not only of mileage but of performance.

The acceleration performance of the two different storage technologies— the small capacitor and the battery— was completely comparable. There were no measurable differences in acceleration from 0–60 or 40–60 between the two different systems. Fuel consumption was the same for either system, with no difference in performance. The conclusion was crystal clear— the single capacitor module performed equal to or better than the stock battery in tests conducted on this Saturn Vue mild hybrid vehicle.