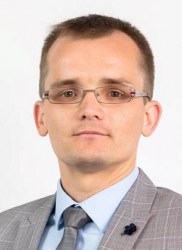 Power systems will play a crucial role in our sustainable energy future, especially with the electrification of heat and transport. Here University of Southampton PhD candidate Andrei Dascalu explains how GS Yuasa’s dual chemistry— using lead-acid and lithium‑ion— ESS is aiding the transition to a decarbonised future.

The transformation of the energy mix on grids means more power generated from renewables; for example between 2010 and 2020 the world’s installed capacity more than doubled, from 1,224GW to 2,799GW. Most of this growth came from wind and solar. During that decade, wind power capacity increased 400% (from 180.8GW to 733.2GW) and solar almost 1,700% in the same period (from 41.5 GW to 713.9GW), according to figures from the International Renewable Energy Agency (IRENA).

With these increases, operating the power grids has become a challenge due to the intermittent nature of renewable power sources. There are three main categories of problems associated with this: technical, economical and operational.

Technical problems are related to keeping the power systems within grid code specifications in terms of frequency, voltage, and power quality. Economical concerns involve renewables wide range of issues regarding new markets, revenue streams, price fluctuations and dealing with the zero-marginal cost of renewable electricity. Examples of operational challenges are managing the grid integration of electric vehicles (EVs) and distributed generators as well as integrating smart buildings and even cities.

Energy storage can help address all of these issues.

Grids therefore require energy storage systems (ESS) with different response times and storage periods. Frequency services, for example, have a wide range of requirements including response times from milliseconds to minutes and even hours. Storage technologies such asflywheels and supercapacitors can provide high bursts of power and long cycle-life but have low energy capacity.

On the other hand, technologies like lead-acid batteries have lower discharge time constants and lower cycle-life, but higher energy capacity. This leads to the concept of hybrid energy storage, which links high-power capability with high-energy capacity technologies to harness the benefits of both worlds. There are many hybrid storage options available, but this article will consider lithium-ion and lead-acid.

There are at least three main reasons why linking lithium-ion and lead-acid cells is an attractive hybrid option.

1. The first, economics, asks us to consider $/kWh versus time constant (Wh/W). Lead-acid batteries are one of the most competitive technologies for low discharge rates; alternatively, for lower time constants lithium-ion is cheaper than lead-acid. The possibility of linking the two together can reduce the overall cost.

2. The second is compatibility. Both battery packs can work effectively when directly connected at the DC bus without additional power electronics. This means no additional costs and control complications, generally associated with hybrid systems. This is not the case for the majority of other hybrid options. A supercapacitor cell, for example, discharges to zero volts for a full cycle and connecting it directly in parallel with batteries drastically restricts its operation. Compared with lead-acid, single lithium-ion cells have different operating voltages and cannot be connected directly in parallel, but for large battery packs, the overall voltage ranges can be overlapped.

3. Thirdly, they are complementary technologies. The lead-acid option is simple, robust, has low embodied energy and is made of abundant, sustainable and recyclable materials. Lithium-ion has a long cycle-life, can be engineered for high power rates, and has high energy density and round-trip efficiency.

GS Yuasa’s ADEPT battery ESS project in Wales uses a mixture of lead-acid and lithium-ion. The project is part of a wider micro-grid project linking a wind turbine, a solar array and some factory loads.

The system has a maximum storage capacity of 275kWh: 75kWh delivered by lithium-ion and 200kWh by lead-acid. In terms of the cell arrangement, the system has one lead-acid string of 240 SLR500 cells and three lithium-ion strings, each containing 144 LIM50 cells.

All four strings are linked at the DC bus directly, without any additional power electronics. The DC bus voltage range is between 588V and 432V, which means the lithium-ion cells are cycled between 4.09V and 3V. The minimum voltage allowed is set by the voltage of the 1.8V lead-acid cell.

The grid connection is done using the HiT Power-PS100-100kW bidirectional inverter. The entire system monitoring and control is done via the Internet using the ADEPT software platform.

Since December 2018, apart from a six-week gap in 2019 during an inverter upgrade, the project’s general cycling pattern was to slowly charge the system overnight and discharge it during peak evening hours.

What is specific about the system is that, during discharge, lithium-ion strings provide most of the current until they discharge to around 75% depth-of-discharge (DoD) or for the first 50 minutes during 1C discharge rates. This is of fundamental importance to the hybrid system as it allows the lithium-ion strings to discharge almost independently, thus protecting the lead-acid string from frequent cycling.

As the lithium-ion is discharged below 75% DoD, the lead-acid string current starts to rise rapidly. The equalising point happens at around 95% DoD for the lithium-ion cells.

The system is stable and, after around 500 cycles performed to date, no major degradation has been recorded on either of the two chemistries. The lead-acid string was not deep-cycled and kept above 30% state-of-charge (SoC). This accounts for an average of 200kWh discharged per cycle.

Because of the different cells’ time constants, the lead-acid string charges the lithium-ion ones at the end of the discharge process. This energy transfer has been calculated to be around 2.85kWh or 2.95% of the lead-acid discharged energy.

The calculations also show this has almost no effect on the overall round-trip energy efficiency of the system, which was approximated to be around 90%. This is because the energy transferred will eventually be discharged through a much lower resistance of the lithium-ion string. Essentially, the lithium-ion behaves like a filter for the lead-acid.

To better understand the hybrid battery behaviour, the University of Southampton in the UK has been working on testing and modelling lead-acid and lithium-ion systems. There are two broad methods used in electrochemical cell modelling: physics-based and empirical modelling.

For this study, equivalent circuit theory was used, which falls under the second category, as it is less computationally demanding and widely used in battery management systems.

Any method used has to capture the essentials of a cell as the open circuit voltage (OCV), the internal resistances (active electrolyte resistance, charge transfer resistance and current collector’s resistances) as well as the electrode and electrolyte diffusions phenomenon.

To gather the data necessary to build the equivalent circuits— for both cell types— four types of battery tests have been carried out using GS Yuasa’s SWL3300 (12V, 100Ah lead-acid battery) and LIM50 (4V, 50Ah lithium-ion battery cell) products. Open circuit voltage tests, pulse discharge, hybrid constant current charge/discharge and hybrid pulse discharge tests were carried out. To optimise the parameters, researchers used the BatteryEstim2RC_PTBS (with minor modifications) tool available from MATLAB 2020 software platform. The final cell models have been used to build a hybrid battery model in MATLAB/Simulink, which can have multiple cells and strings.

The last section of the presentation illustrates a hypothetical two-string hybrid battery storage using the modelled SWL3300 and LIM50 cells directly connected at the DC bus. The system has 240 lead-acid cells and 140 lithium-ion cells. The maximum/minimum voltage of the system is, therefore, 568/440V. The maximum storage capacity, at 1C rate, is 50kWh.

To exemplify the hybrid behaviour, the model was run to simulate a 50A constant-current discharge and stopped at different lead-acid DoD. The model shows that, in the first instance, the lithium-ion string reaches around 70-75% DoD before the lead-acid string starts discharging.

The model also shows that from 0% to 75% lithium-ion DoD, the lead-acid activity is practically insignificant. This means that, as in the ADEPT case, the lithium-ion string can be cycled almost independently of the lead-acid.

As the need for storage at various grid levels increases, batteries will play a growing role in maintaining the stability of the system. The GS Yuasa ADEPT system shows that lithium-ion and lead-acid battery technologies can work together directly connected at the DC bus. The system is simple, robust and eliminates the costs needed for power electronics interfaces, thus providing economical solutions for hybrid systems.

Modelling the hybrid behaviour can help in sizing the overall hybrid combinations by providing general overviews on how the system behaves when using a specific number of cells and strings.

The article was written with contributions from professors Suleiman Sharkh and Andrew Cruden from the University of Southampton.

Amid the plethora of lithium-ion battery testing systems devised to make the process of determining if a battery is ready for recycling or second use it can be easy to think “so what’s new?” A...