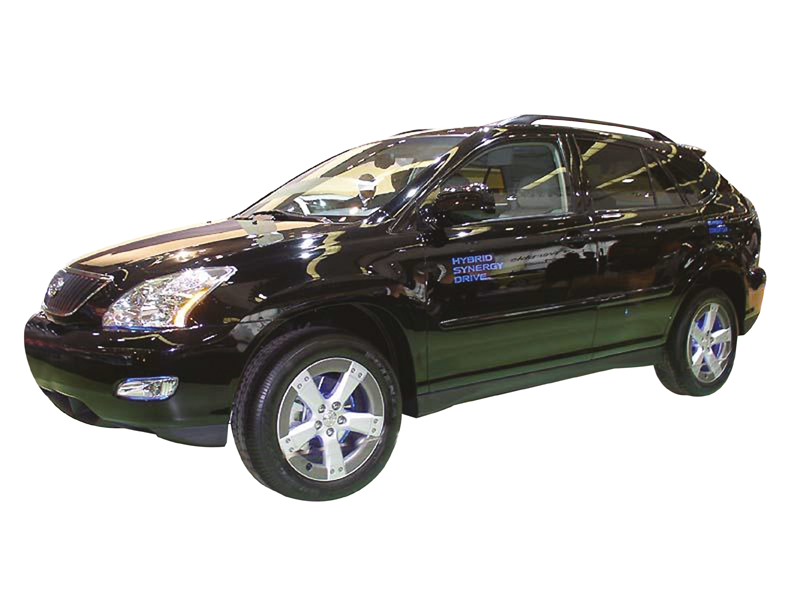 New Hybrid electric vehicles (HEV) are taking off. JD Power Associates is predicting that there will be 38 models in the USA by 2011. JD Power also believes that the number of HEVs will peak at about 535,000 or 3% of the US market. Beyond that, further increase in demand will be limited by the higher cost of HEVs compared with conventional automobiles.

The problem for the lead-acid battery manufacturer is that these vehicles will in all probability use advanced NiMH batteries, with lithium ion batteries as a strong possibility within five years or so. But if a suitable lead-acid battery can be developed for this application, the lower cost of lead-acid compared with NiMH may in itself encourage further growth in the market for HEVs. In addition, the 3% share of the market suggested by the JD Power report is probably very conservative, particularly so if fuel prices remain high, or climb even higher, as seems likely. (HEVs consume at least 25% less fuel than comparable gasoline only cars).

Recent information presented through the Advanced Automotive Battery Conference (AABC) gives a similar forecast for the growth in advanced vehicles (AVs) to JD Power’s; the ALABC estimate is that 3% of the automotive market will be for advanced vehicles by 2010.

It is possible to calculate the effect of this on the market for automotive batteries. The total market for conventional SLI batteries will probably continue to grow, albeit slowly, and more slowly than the total number of vehicles grows in the same period. This is because there will still be a large SLI after-market; some of the advanced vehicles with NiMH batteries may still also require a conventional SLI battery; and there is a growing market for electric bikes (e.g. in China) which use a VRLA battery. 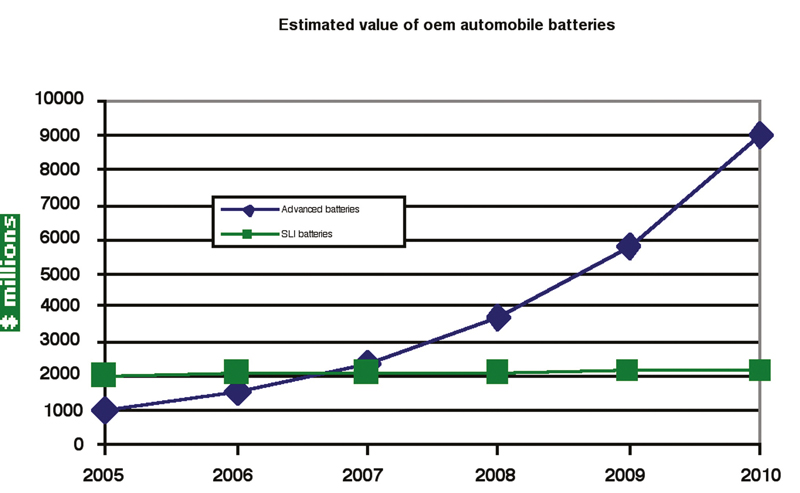 Of particular significance, however, is the fact that as early as 2007 the total value of the OEM batteries fitted to advanced vehicles will overtake the value of the OEM SLI batteries in the market. This is despite the fact that AVs will only comprise 1.3% of the market at that time, and reflects the much higher price of the NiMH batteries required in advanced vehicles. This is illustrated in Graph 1, which shows the estimated value of OEM automobile batteries between 2005 and 2010. The value of advanced batteries for the AV market could be as high as £9 million (US$18 million) by 2010.

Recent developments in lead-acid technology may improve the performance and life of the battery to the point where it can compete directly with NiMH for these applications. One of the most interesting of these is the Firefly Energy battery reported in the Summer 2004 issue of BEST magazine.

Graphite foams are already finding other applications, for example in compact lightweight radiators and heat exchangers, and cooling systems or heat sinks for the aerospace, chemical process, glass, ceramic and medical industries. Graphite foams could also be used for passive cooling of the high power electronics in electric and hybrid electric vehicles, as an alternative to water-cooled aluminium or copper-core systems. 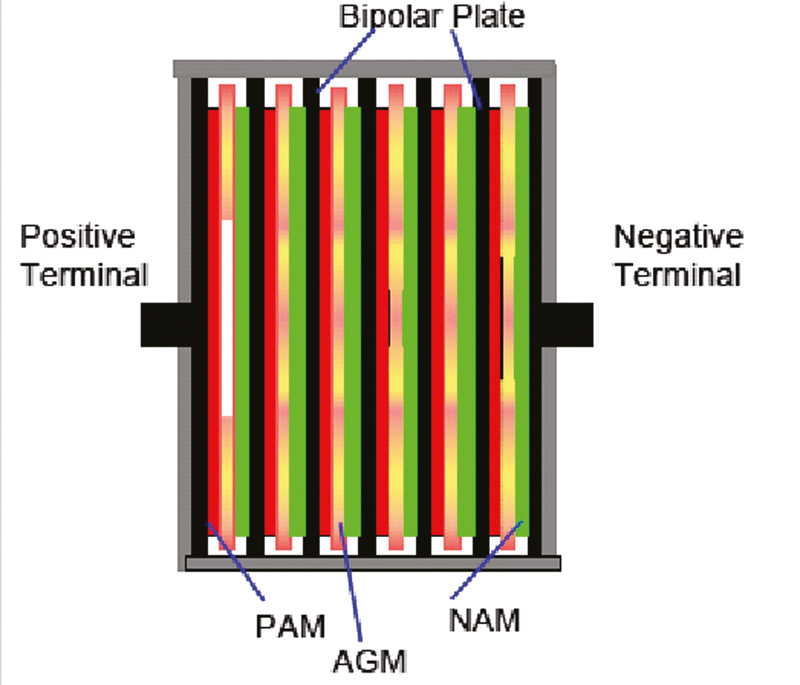 For HEVs the available power (W/kg) is very important. At 25°C this is typically around 600 W/kg for VRLA, and around 800-1,000 W/kg for NiMH. The Firefly Energy battery technology may enable the power output at 25°C to match that available from NiMH, while maintaining superior power at low temperatures.

There is also a key property of the graphite foam that may be very beneficial in the VRLA battery design. This is its high thermal conductivity. The recombination reaction in the VRLA battery is exothermic and there is a greater risk of high temperatures being reached during service, possibly resulting in thermal runaway. The graphite foam ‘grid’ may reduce this risk, and may also reduce the risk of localised ‘hot spots’ on the plates when the battery is charging and the recombination reaction is taking place.

The Firefly Energy battery is at a very early stage of development, but I for one will watch this development with great interest. The Winter issue of BEST magazine gives details of two other important developments which also promise significant weight (and cost!) savings by reducing the amount of lead in the grids. These are the electroformed battery grids (p.23) and the Teck Cominco CRX extrusion technology (p.103). Both offer the potential for significant lead weight saving in addition to other benefits.

The CRX (Continuous Rotary Expansion) technology enables the lead strip thickness to be optimised in different parts of the grid. The grids have a uniform grain structure, resulting in reduced corrosion and longer battery life. The electroformed grids also have improved corrosion resistance so that grid quality can be improved at a lower manufacturing cost. Both technologies claim significant cost savings because of savings in lead and improved manufacturing efficiencies. A grid weight saving of 30-35% is feasible with either, resulting in a significant improvement in energy density and power density. However, if it is improvements in energy density and power density which are of most importance for the HEV battery market, neither of these developments will offer as much improvement as the Firefly Energy battery with carbon or graphite grids.

Will the bipolar battery succeed this time?

We should not leave this topic without mention of the Atraverda bipolar lead-acid battery. This uses a proprietary ceramic structure for the grid. This ceramic – known worldwide by its trademark, Ebonex – is a titanium suboxide material and it is claimed that it has a unique combination of metallic-like electrical conductivity along with the characteristic high corrosion resistance of ceramics. In the Atraverda concept this ceramic structure is used to build a bipolar battery. The presentation at 9ELBC showed that the Atraverda battery is designed to be of the VRLA type with AGM separators.

The bipolar battery design has been the subject of much research and development over the years (many people will remember the Dunlop Pulsar battery). However, since the bipolar plate also acts as the cell wall, previous attempts have foundered on problems of acid leakage around the edges of the bipolar plates. The Atraverda design uses resin for sealing and it is critically important that the seal is perfect with no opportunity for leaks. In addition to the reduction in the weight of the battery, Atraverda also claims a significant improvement in the utilisation efficiency of the positive active material.

Both the Firefly Energy and the Atraverda are advanced battery designs in which success is not yet proven. Both appear to offer similar improvements in energy density and power density, comparable to that of nickel metal hydride batteries. Both have recently obtained additional funding to continue research and development, scale up, and carry out detailed performance and life testing. As described by Andrew Loyns in his presentation at 9ELBC, the Atraverda battery is of VRLA design using AGM separators. The Firefly Energy battery design however is at an earlier stage of development, and to my knowledge no research into a VRLA battery design using this technology has yet been carried out. For both of these developments, a key issue is the timescale required to develop and test engineering prototypes.

Successful development of the technology and acceptance in the marketplace will probably take significantly longer than three years – particularly for Firefly Energy which needs to develop a VRLA battery option.

This may make it more difficult to displace advanced NiMH or lithium ion battery designs from key potential markets such as HEVs.

However, it must be hoped that these new developments are successful and that they are supported as far as possible by the lead-acid battery industry and its suppliers.

Even if an advanced lead-acid battery using one of these new technologies is priced significantly higher than existing VRLA batteries, the price will still be appreciably lower than for the equivalent NiMH battery in the advanced vehicle application. Lead is far from dead. It’s time we proclaimed this more widely.