We don’t need communications specialists or business studies graduates. The ability to use a screwdriver counts for a lot, argues leonard Greene.

We’ve been hearing much talk in the U.S., lately, of the need to launch another national public works initiative similar to those Franklin Roosevelt established in the 1930s. Only any new such programme would, say proponents, offer “green jobs” to ease staggering unemployment. 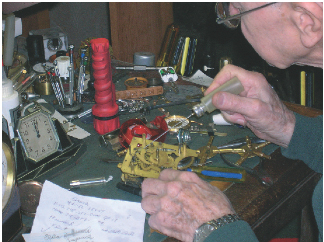 The theory — that direct public employment can create millions of jobs at relatively low cost —seems sound. Spend a few billion dollars, rebuild aging infrastructure, clean up the environment, address global warming, and create an entirely new sector of employment while we’re at it.

Sounds great, even as the idea begs an important question of some discussion in these pages: Can this country find sufficient manpower possessed of such skills as these public infrastructure works, whether high tech energy or bridge construction, demand? Can the legions of college educated “knowledge workers” our universities have produced over the last thirty years readily pick up a shovel, lay concrete, fit pipes, wire an entirely new kind of grid, repair an electric vehicle’s complex power train?

Having been persuaded to eschew the “trades” and to some degree even the engineering fields for the higher paying realms of business, IT, computer science, marketing and communications, millions of young Americans are finding themselves ill-equipped to make their way in an economy that, offshoring those very soft skill jobs, may well demand very different skills than the ones they’ve spent a fortune to learn.

Industry mavens have long bemoaned the lack of sufficient native talent trained in the inter-related fields of engineering and tangentially the trades – workers who can conceive, design, tool, produce and subsequently install, utilize and maintain all the technological/mechanical innovations that will facilitate a sustainable energy infrastructure. And though assorted studies anticipate an uptick in jobs in the sustainable “green” sector, several (National Association of Manufacturers) also anticipate a labor shortage in areas such as manufacturing, construction and installation, specifically qualified machinists and technicians.

This quandary has recently found refreshing examination in Matthew Crawford’s much touted Shop Class as Soul Craft: An Inquiry Into the Value of Work, wherein the philosopher-turned-mechanic-author makes a powerful case for the enduring value of the manual trades so essential to the manufacturing of the future, as well as a necessary societal reconnection with the material world.

A PhD who left the cloistered, regimented confines of an office cubicle to open a motorcycle repair shop, Crawford makes real the experience of working with one’s hands by deftly wrapping his musings around the challenges he encounters every day in his own shop, repairing bikes for devoted customers.

In tracing the slow dismantling of vocational education (“shop class”) in favor of building a new generation of “knowledge workers,” Crawford surveys an economic landscape where, thanks to the massification of higher education over thirty years, everyone must go to college or else be viewed as suspect, not very bright, or unemployable. Educators decreed that “success” derives from matriculation to a college and thence a cubicle, the portal to smooth gliding along in a pure information economy, devising models or “instruments” of finance, profits, theories, and assorted technological and commercial innovations. Yet few of these workers can unblock a toilet, repair an engine, build a wall. For that they call in the guy who took shop class.

That an entire generation of American “thinkers” lacks practical skills, Crawford suggests, not only threatens manufacturing, the backbone of economic development, but also something psychologically, even spiritually essential. Our alienation from how our possessions are made and how they work takes many forms: the decline of shop class, the design of goods whose workings users can understand, and the general disdain with which we regard the trades in an information economy.

In the shop, where society perceives “mere” manual labor, Crawford celebrates a splendid matrix for the plying of tangible skills, as well as a body of knowledge accumulated over years of hands-on experience, intuition and critical thinking — to tactile problems: the engine starts or not, the radiator cools or not.

In chapter upon chapter, he aims to illustrate that learning a trade is not limiting, as he found his desk job applying systematized data models, but liberating — and not only because those skills cannot be exported overseas, computerized or downloaded. Many forms of manual labor require a strong conceptual understanding of how the object of labor works.

He references numerous economists, most prominently Princeton economist Alan Blinder, who observes that the labor market of the next decades won’t necessarily be divided between the highly educated and the less-educated. “The critical divide in the future may instead be between those types of work that are easily deliverable through a wire (or wireless connections) with little or no diminution in quality and those that are not,” he has said, going on to summarize his own take. “You can’t hammer a nail over the Internet.”

Recent anecdotal evidence —we’ll no doubt see supportive hard numbers within the year — indicates that one of the fastest growing segments in community colleges and trade schools is comprised of students who, already possessed of four year degrees, are enrolling to learn a marketable trade skill.

Someone, after all, will need to produce alternative power, make and maintain new electric vehicles, retrofit and rehabilitate older buildings, and overhaul a dangerously unstable electrical grid. Some of these jobs will be new, such as renewable energy technicians; others are extant but will be transformed as industries transition to a clean energy economy. We will need computer control operators who can cut steel for wind towers as well as for submarines, mechanics who can fix an electric as well as an internal combustion engine, a vast wind turbine as well as a rooftop solar panel.

Because most of these jobs will involve transforming the places where we live and work, they will be nearly impossible to offshore. And because every one of them will demand some cognitive intelligence, the kind of practical knowledge that comes of experience learned through the hands, Crawford’s book serves as a timely clarion call to rethink the place of craft knowledge and industrial arts education in our lives, as well as our society and a renewed willingness to get our hands dirty.