Its no longer just about the battery 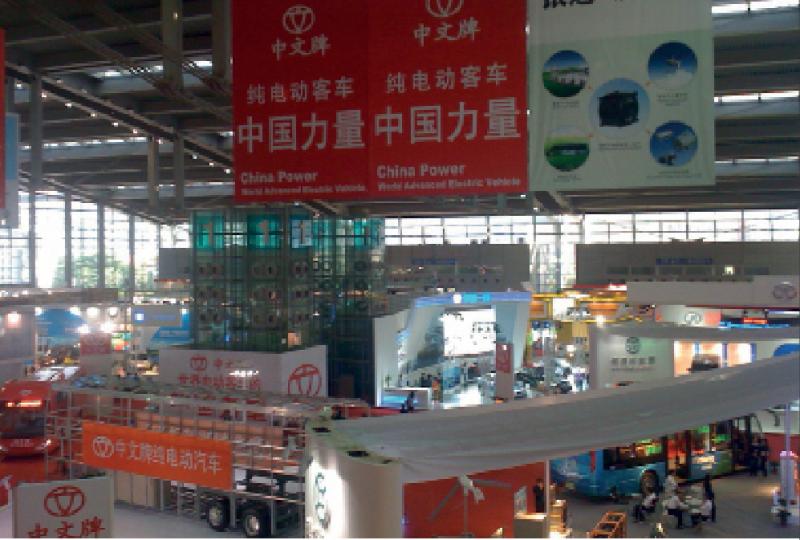 100,000 visitors. Nearly 400 exhibitors and supposedly, 600 journalists in attendance at EVS25— the electric and hybrid vehicle conference and exhibition, in Shenzhen, China. Gerry Woolf, Co‑Editor of EV land, sea and air, gives his unique take on the event.

Back in the sixties, the Soviets used to parade their tanks and missiles on May day and westerners looked on in both awe and fear. Today, China doesn’t have to show its military might, which is no doubt considerable. The sheer size of its industry though and the general consensus that the nation will overtake the USA in output in two years was clearly evident at EVS 25.

It was the biggest show of its kind in the event’s history— filling two halls in the gargantuan Shenzhen convention centre with all kinds of electric and hybrid vehicles including buses, vans and automobiles. It made past events held in the USA and Europe look like tabletop sales in a local village hall— this was China’s equivalent of its Olympics games opening and closing ceremonies.

EVS25 had the look and feel of a proper auto show— with a very strong peripheral flavour of component and systems that are normally out of place at such events. All the top US, Asian and European car makers were present, but the Chinese vehicle makers were there in force, like a battle fleet intent on the invasion of all markets, globally.

And it was a humbling experience because if you’ve ever had doubts about whether EV activity would falter with the global recession or a falling oil price— you’d be wrong. It’s here to stay.

In the ten years that it’s been since EVS had last come to China, that nation has transformed its total vehicle manufacturing capability and it most definitely is taking “electric” very seriously indeed. 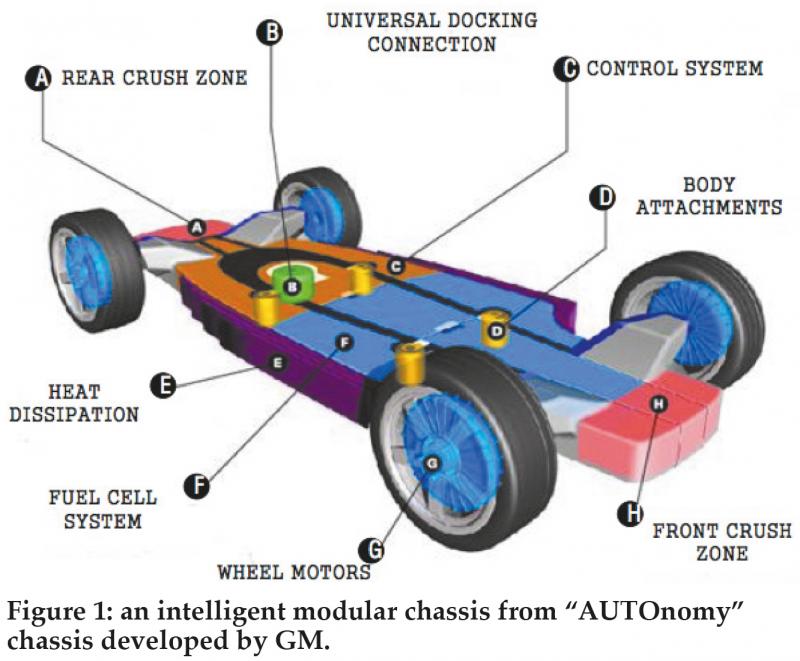 The event was almost impossible to digest on site. Too many parallel sessions, a complete lack of understanding of the needs of conference attendees, and micky-mouse English in the translated papers… and that’s being kind! Only on the last day when the big speeches were made by the national and local politicians did this author get a true feel for the size and scale of the event.

The electric vehicle field has literally exploded in all directions with 700 papers submitted from 42 countries, the greatest number, of course, coming from the host nation. Surprisingly, just 15% of the papers concerned batteries, suggesting that, for now, the electric and hybrid world has settled on battery chemistries that are already available even though they may be less than ideal. That is worrying because while there have been huge advances, there are still big questionmarks on safety, life and reliability on all chemistries— from lithium-ion through to lead-acid.

So what’s happening in EV vehicle design? Perhaps this was the most interesting issue to come out of this conference and an opportunity to get a unique Chinese take on the matter.

There was no better place to start than the analysis of Guoqing Xu and Kun Xu of Shenzhen Institutes of Advanced Technology. Most of the early EVs have been propelled by a DC motor since its control is very simple at low speed and high torque, but the DC motor commutators and brushes need considerable maintenance.

Currently, except for a small amount of low-cost EVs (e.g. the golf-carts), most EVs are still using DC motors, the electric drive system has slowly been transitioning to the AC drive system. But compared to DC motor, permanent magnet motors and induction motors have more obvious advantages such as high efficiency, high power density, regenerative braking, reliability and durability, and therefore they are increasingly widely used in the electric drive system.

It’s almost a given now that lithium-ion batteries are the power source of choice and few presenters at EVS 25 suggest otherwise.

The power systems are usually placed in the front of the vehicle cabin, which is the original space for installing the conventional Internal Combustion Engine (ICE). Other electric components are also appropriately arranged in the front of the cabin as well, such as DC/AC converters, etc.

But PHEVs with more than two power units need more intricate arrangements, such as those of the Prius.

The energy storage components widely used in EVs, e.g., the power battery pack, the super capacitor, or the flywheel occupy considerable additional space. Therefore, the appropriate layout for the energy storage is critical for the design of the vehicle chassis in order to meet the requirements of heat dissipation and safety. Currently, the energy storage units in EVs are slowly being integrated into the chassis structure instead of the early ideas of placement in the rear of the cabin). But these arrangements, of course, put greater demands on the vehicle’s body/chassis design which usually needs major strengthening. The next generation of EVs are being designed form the ground up— the days of buying gliders (cars without IC engines) and transforming them into EVS are probably over.

Vehicular motors require higher performance than general industrial motors: the motors need to obtain energy from the limited energy storage system to propel the vehicle, hence the efficiency of motors should be as high as possible in harsh conditions in order to ensure the driving range is as long as possible. Its another given then, that motors need to be small, lightweight and compact (normally only 1/2 or 1/3 of the industrial motor’s size); and that reliability and long life for vehicular motors is critical. Considering the harsh operating environment, e.g., the vibration of vehicular motors can reach up to 3~5g, and the vibration around the wheel hub motors can reach up to an impressive 20g, development of vehicular motors with wide-area high-efficiency, high power density, high reliability, low cost and low-noise is the new current fashion.

The favoured technologies include: 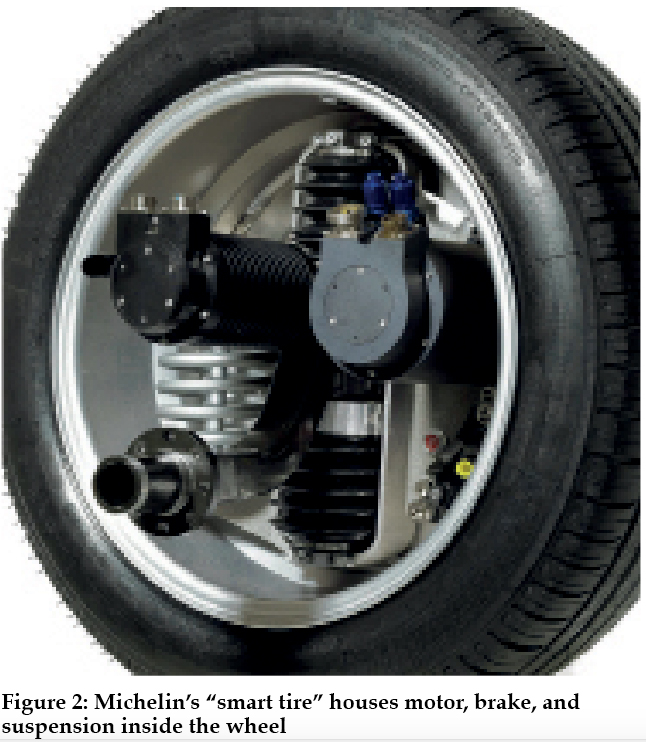 Induction motors— the vector control technology is considered mature, and the speed control performance is excellent, which is suitable for high speed, high power EVs. But the drawback is the low efficiency in the small-load region.

The permanent magnet brushless motors include the brushless DC motor and the Permanent Magnet Synchronous Motor (PMSM). The brushless DC motor has higher efficiency and power density than other kinds of motors, but when running in high speed and constant power region, the weak magnetic control becomes difficult, and torque ripple appears.

For the PMSM, the weak magnetic control performance in high speed and constant power region is much better than the brushless DC motor, but with the drawback of magnetic performance deterioration phenomenon. The hybrid excitation brushless motor is a special kind of permanent magnet brushless motor with field winding added to adjust the air gap flux. This motor can maintain high efficiency in a wide speed range.

The Switched Reluctance Motor (SRM) is considered as a promising alternate for EVs’ drive system, by virtue of the advantages of simple motor structure, high reliability, wide speed range, heat capacity, and high braking energy recovery efficiency. But it has not been present commercially due to the noise and motor torque ripple problem.

The big issue is system integration. Pursuit of energy-saving, environmental protection, safety and comfort is the future goal of electric vehicle development, and the realization of the goal depends on the systemic integration technology.

The Intelligent, Modular, Electric Chassis (IMEC) provides a promising platform to implement the integrated control considering both the safety and energy saving.

EVs adopt more electric units, hence it will provide more possibilities to the vehicle structure innovation. More and more mechanical components will be replaced by mechatronic components in the chassis, which will promote the intelligent modular chassis development. Figure 1 shows an idea of intelligent modular chassis from “AUTOnomy” chassis developed by GM.

The chassis is separated from the body, and the power units are integrated in a “skateboard”. X-by-wire technology is adopted for the steering/braking system rather than the conventional mechanism. The only connection between the body and the chassis is an interface, hence the “electrification” of the chassis is fully embodied.

Other key technologies include Michelin’s “smart tire” which houses motor, brake, and suspension inside the wheel (see figure 2) is a concept which provides a new way for future EVs, especially in the modular structure.

When it comes to cars, perhaps the true revolutionary thinking is coming from outside the main automakers, like Mahindra Reva. This company has accumulated a unique experience of over a 100 million kms of EV usage by having over 3500 cars on the road in 24 different countries.

The first vehicles REVA produced receiving faint praise and amusement from the West. Now they have respect.

Chetan Kumaar Maini gave an interesting presentation on the architecture of the next generation of car to come from the company, which would seem to be a far cry from its offerings of a decade ago.

Over the last 4 years Reva has been engaged in the evaluation of different generations of Lithium batteries. This has lead to a large body of work in developing and managing of various types of battery chemistries. Significant work done in the last couple of years has centred around Lithium iron phosphate technologies.

Work on these batteries has also highlighted the need for a new ‘intelligence architecture’ for the cars. Some of the requirements of this new architecture have been ‘adaptability’ and ‘scalability’ to different platforms. There has also been a need for an increased level of connectivity to enable several functions and address new possibilities.

Along with the batteries, significant effort at Reva has focused on this new architecture. Trials on new management systems have gone hand-in-hand with development of new batteries.

New architectures for the car have been evolved and taken through several steps of bench testing, endurance trials, failure mode tests and customer usage tests.

A batch of 75 ‘pilot cars’ with new batteries and key elements of the new architecture have been undergoing customer trials for over an year now.

This has resulted in a ‘whole new’ architecture for the new products announced to the market.

The upshot of all this is a vehicle which will run on either lithium-ion or lead-acid batteries, be equipped for fast charging and have an on-board management system that not only monitors and balances the battery pack but provides remote diagnostics through telemetry— a car that is completely connected in more ways than one.

But when such a car might roll from Mahindra’s line is not clear.

Altogether, an overwhelming event which left this writer feeling that the automotive industry has, by and large, taken EV and hybrid vehicle activity to its heart. Never again can it be considered an enthusiast activity or some element of the green fringe and this surely cannot be a PR activity any longer to placate environmentalists and pander to shareholders.

With major automakers like Nissan announcing multi nation launch programmes for its Leaf, big tax breaks for EV purchase in the UK and almost unbelievably optimistic plans from Project Better Place to introduce its battery swapping technology in Israel and Demark, with an astonishing 100,000 charging stations promised, electric drive transportation is now on a trajectory where failure cannot be an option: but those of us with longer memories know that it just could be.