When was the Battery Invented?

Isidor Buchman of Cadex looks at the ancient past of batteries

One of the most remarkable and novel discoveries in the last 400 years has been that off electricity. One may ask, “Has electricity been around that long?” The answer is yes, and perhaps much longer, but the practical use of electricity has only been at our disposal since the mid-to late 1800s, and in a limited way at first. One of the early attractions that gained public attention was an electrically illuminated bridge over the river Seine during the 1900 World Fair in Paris.

The use of electricity may go back much further. While constructing a new railway in 1936 near Baghdad, workers uncovered what appeared to be a prehistoric battery. The discovery was known as the Parthian Battery and was believed to be 2000 years old, dating back to the Parthian period. The battery consisted of a clay jar filled with a vinegar solution. An iron rod surrounded by a copper cylinder penetrated into the liquid and produced 1.1 to 2 volts of electricity. 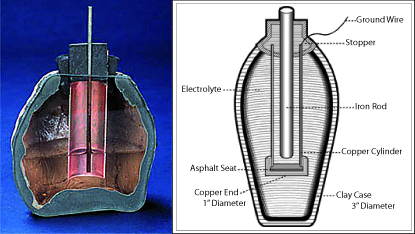 Not all scientists accept the Parthian Battery as being a source of energy because the application is unknown. It is possible that the battery was used for electroplating, such as putting a layer of gold or other precious metals to a surface. Figure 1 illustrates the Parthian Battery.

The earliest method of generating electricity occurred by creating a static charge. In 1660, Otto von Guericke constructed the first electrical machine consisting of a large sulphur globe which, when rubbed and turned, attracted feathers and small pieces of paper. Guericke was able to prove that the sparks generated were electrical in nature. The first practical use of static electricity was the “electric pistol” which was invented by Alessandro Volta (1745-1827). An electrical wire was placed in a jar filled with methane gas. By sending an electrical spark through the wire, the jar would explode.

Volta then thought of using this invention to provide long distance communications, albeit only one Boolean bit. An iron wire supported by wooden poles was to be strung from Como to Milan, Italy. At the receiving end, the wire would terminate in a jar filled with methane gas. To signal a coded event, an electrical spark would be sent by wire that detonated the electric pistol. This communications link was never built.

In 1791, while working at Bologna University, Luigi Galvani discovered that the muscle of a frog contracted when touched by a metallic object. This phenomenon became known as animal electricity— a misnomer, as the theory was later proved. Prompted by these experiments, Volta initiated a series of experiments using zinc, lead, tin or iron as positive plates; copper, silver, gold or graphite served as the negative plates. 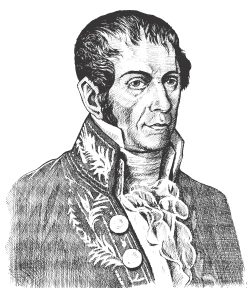 Volta discovered in 1800 that certain fluids would generate a continuous flow of electrical power when used as conductors. This discovery led to the invention of the first voltaic cell, more commonly known as a battery. Volta discovered further that the voltage would increase when voltaic cells were stacked on top of each other. Figure 3 illustrates such a serial connection.

In the same year, Volta released his discovery of a continuous source of electricity to the Royal Society of London. No longer were experiments limited to a brief display of sparks that lasted a fraction of a second. A seemingly endless stream of electric current was now available. 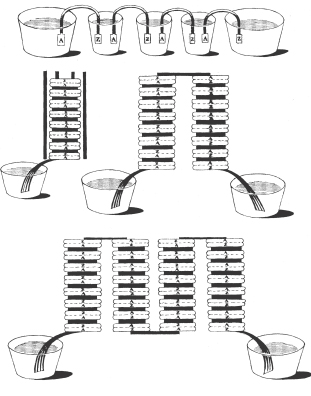 France was one of the first nations to officially recognize Volta’s discoveries. France was approaching the height of scientific advancements and new ideas were welcomed with open arms, much to the support of the country’s political agenda. By invitation, Volta addressed the Institute of France in a series of lectures at which Napoleon Bonaparte was present as a member of the Institute.

Sir Humphry Davy, inventor of the miner’s safety lamp, made new discoveries when he installed the largest and most powerful electric battery in the vaults of the Royal Institution of London. He connected the battery to charcoal electrodes and produced the first electric light. Witnesses reported that his voltaic arc lamp produced “the most brilliant ascending arch of light ever seen.”

After Galvani’s successful experiments and the discovery of the voltaic cell, interest in galvanic electricity became widespread. Davy began to test the chemical effects of electricity in 1800 and soon found that by passing electrical current through some substances, decomposition occurred, a process later called electrolysis. The generated voltage was directly related to the reactivity of the electrolyte with the metal. Davy understood that the actions of electrolysis and the voltaic cell were the same.

In 1802, Dr. William Cruickshank designed the first electric battery capable of mass production. Cruickshank arranged square sheets of copper with equal sheet sizes of zinc. These sheets were placed into a long rectangular wooden box and soldered together. Grooves in the box held the metal plates in position. The sealed box was then filled with an electrolyte of brine, or watered down acid, resembling the flooded battery that is still with us today. 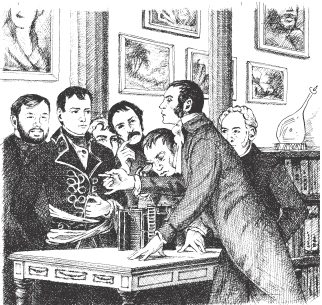 In 1836 John F. Daniell, an English chemist, developed an improved battery that produced a steadier current than Volta’s device. Until then, all batteries were primary, meaning that they could not be recharged. In 1859, the French physician Gaston Platé invented the first rechargeable battery. It was based on lead acid, a system that is still used today.

In 1899, Waldmar Jungner from Sweden invented the nickel-cadmium battery (NiCd), which used nickel for the positive electrode and cadmium for the negative. Two years later, Thomas Edison produced an alternative design by replacing cadmium with iron. High material costs compared to dry cells or lead acid systems limited the practical applications of the nickel-cadmium and nickel-iron batteries. It was not before Shlecht and Ackermann achieved major improvements by inventing the sintered pole plate in 1932 that NiCd gained new attention. This resulted in higher load currents and improved longevity. The breakthrough came in 1947 when Neumann succeeded in completely sealing the nickel-cadmium cell. 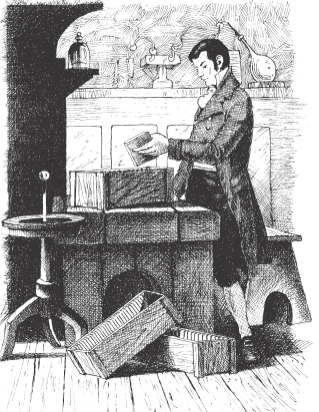 In the 1980s and 1990s, the attention was on nickel-based chemistries. Concerned about environmental contamination if NiCd was carelessly disposed, Europe began restricting this chemistry and asked the industry to switch to Nickel Metal Hydride (NiMH). Many say that the NiMH is an interim step to lithium-ion (Li-ion), and this may well be true. Much of the research activities focus on improving lithium-ion. Besides powering cellular phones, laptops, digital cameras, tools and medical devices, Li-ion is also a candidate for vehicles. Li-ion has a number of benefits including a higher energy density, is easier to charge, and does not have maintenance issues unlike nickel-based batteries. Nor does Li-ion suffer from sulfation that is common with lead-based systems. 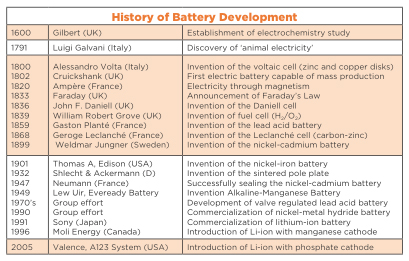 Electricity through magnetism, an alternative method of generating electricity to static charge and battery, came relatively late. In 1820, André-Marie Ampère (1775-1836) noticed that wires carrying an electric current were at times attracted, and at other times repelled from one another. In 1831, Michael Faraday (1791-1867) demonstrated how a copper disc provided a constant flow of electricity while revolving in a strong magnetic field. Faraday, assisting Davy and his research team, succeeded in generating an endless electrical force as long as the movement between a coil and magnet continued. This led to the invention of the electric generator. By simply reversing the process, the electric motor was discovered. Shortly thereafter, transformers were developed that could convert alternating current (AC) to any desired voltage. In 1833, Faraday established the foundation of electrochemistry that led to the Faraday’s Law.

Once the relationship with magnetism was discovered in the mid 1800s, large generators began producing a steady flow of electricity. Motors followed that enabled mechanical movement, and the Edison light bulb appeared to conquer darkness. The three-phase AC technology developed by Nikola Tesla enabled transmission lines to carry electric power over great distances. Electricity was thus made available to humanity to improve overall quality of life.

The invention of the electronic vacuum tube in the early 1900s formed the significant next step towards high technology, enabling frequency oscillators, signal amplifications and digital switching. This led to radio broadcasting in the 1920s and the first digital computer called ENIAC in 1946. The discovery of the transistor in 1947 paved the way to the integrated circuit ten years later. The microprocessor ushered in the Information Age and revolutionized the way we live today.

Humanity depends on electricity, and with increased mobility, people are moving more and more towards portable power storage — first for wheeled applications, then portability and finally wearable use. As awkward and unreliable as the early batteries may have been, future generations may look at today’s technologies as nothing more than clumsy experiments.